The Regents Park towers are built in a way that is subtly evocative of the Sign of the Horns, a hand gesture that is commonly used for Satanists to covertly signal their beliefs to one another. In this way the building is acting as a beacon. It resembles two normal buildings to the untrained eye, but to those "in the know," it functions just like the hand sign as a way of saying: "Satan and his followers are welcome here!"

Note the resemblance in these images, where the similar structure has been outlined to make it more obvious: 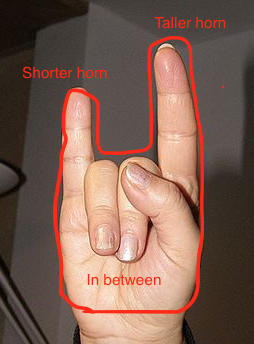 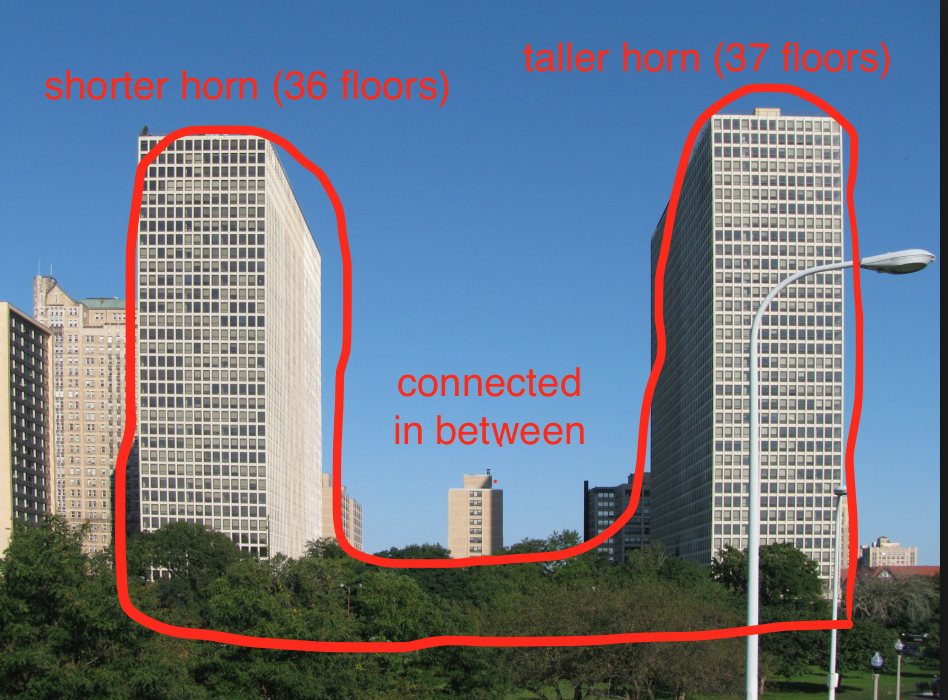 There are many numerical elements of the Regents Park towers that suggest the Number of the Beast, otherwise known as the number 666, symbolizing Satan.

Observant elevator riders will notice that there are always 1, 2, or 3 out of 4 possible elevators in a tower functioning at any one time, but never all 4 at once. This is because 4 is the only number of these that does not divide evenly into 666. You will note for this same reason that Elevator Car #4 breaks down at a more infrequent rate than Cars #1, 2, and 3, due to it being a less perfect fit into the Devil's architecture.

The Regents Park building completed construction in 1972. The 1960s and 1970s, during the construction of this building, was a peak era for the development of Satanism in the United States. For example, 1969 saw the publication of "The Satanic Bible", one of the original mainstream Satanist documents. It makes historical sense, therefore, that this and other such works were able to influence the builders of the Regents Park towers.

The Regents Park buildings were constructed on Lake Shore Drive in Chicago, a road commonly referred to by locals as "LSD". Of course, "LSD" is also the street name for the dangerous illegal narcotic drug, Lysergic acid diethylamide. This is an often fatal substance that, when ingested by its addicts, can cause people to jump off buildings, forget their loved ones, and go insane. Yet the Regents Park building has not one, but two addresses on Lake Shore Drive, 5020 S Lake Shore Dr. and 5050 S Lake Shore Dr. This forces residents to often explain that they "live on LSD." This normalizes drug slang and dangerous hallucinogenic experiences. Why would they want to be associated with something like LSD, if not for Satanic influence?